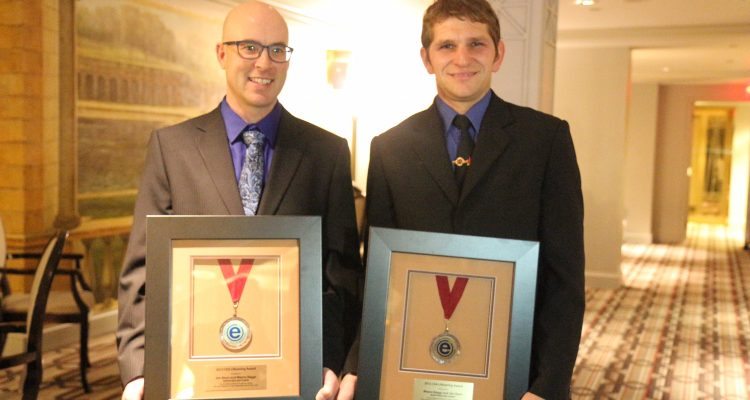 We couldn’t be prouder of two of our employees, Wayne Baggs and Jim Short, Meter Readers in Corner Brook. On Tuesday, November 15, 2016, Wayne and Jim attended a Canadian Electricity Association (CEA) Safety Symposium in Toronto where they each received a 2015 CEA Lifesaving Award.

This is their story:

Jim Short and Wayne Baggs were driving east on the TCH about 5 km past Deer Lake when they came across an accident scene.  A vehicle had been travelling west on the TCH when it struck some slush and the driver lost control.  The vehicle did several 360 degree turns before going off the road and ended up upside down in a water filled ditch. The men parked their vehicles and ran to the ditch along with three other drivers who had also stopped.  The driver of the vehicle was trapped inside and the five men decided they had to try to lift the vehicle to allow the driver to escape.  They entered water up to their knees, quickly realizing that meant the driver of the vehicle was upside down and submerged in freezing water which was filling the drivers’ compartment.  The driver was also surrounded by airbags that had just gone off and was in great peril if the men could not lift the car – but they did it, and the driver was able to crawl out.   Had they not been there and lifted the vehicle quickly the driver mostly likely would have drowned. It was noted from the time they stopped until the rescue no other vehicles drove past the accident scene – this truly meant their efforts had made the difference between life or death.

Congratulations to Wayne Baggs and Jim Short – you are truly heroes! 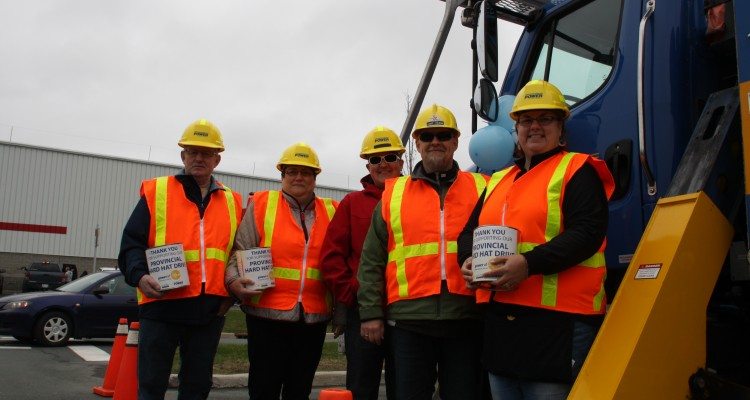 The Power of Life Project: Investing in Cancer Care Across the Province

The Power of Life Project, our joint initiative with the Dr. H. Bliss Murphy Cancer Care Foundation, has continued to generously support cancer patients across the province.

Thanks to your support, our enthusiastic employees, and the generosity of our customer donors we’re able to make a real difference in cancer care right here at home. Newfoundland Power’s corporate charity, The Power of Life Project, has raised more than $3 million since its inception in 2002.

Here are some of our recent accomplishments:

Get to Know Your Electricity Distributor!

Newfoundland Power is the distributor of electricity for 87% of customers in Newfoundland and Labrador.  In a nutshell, we are the poles and wires company and we are so proud to have served you for 130 years! (That’s right, we are one of the oldest utilities in all of North America.)  Here’s a few interesting facts about your electricity provider: 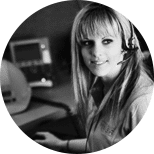 For approximately 130 years, we have provided customers with safe, reliable electricity in the most cost-efficient manner possible and now we’re happy to provide you with the latest news in these areas on our blog.